I’ve been sitting on this, thinking I would wait a few weeks. I think I had some misguided idea that if I did that, I could separate things out and talk about the loss of Brodie separately from the loss of Zico. But, this is how it happened, and it is not like I’ll ever really think of them separately.

My dog Brodie died this past weekend. He had been living with congestive heart failure for over a year, quite well most of the time. But he was fighting an infection in his respiratory system, and probably dealing with the loss of Zico, and sometime on Sunday it got to be too much for his poor, weak heart.

He was a great friend. Shaun describes him perfectly. 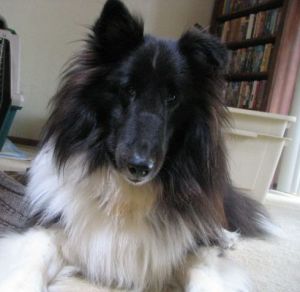