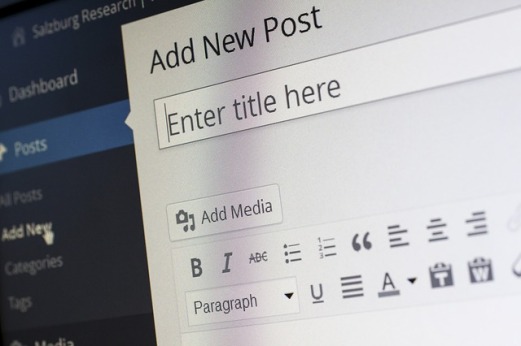 I’m not a resolutions person.  I never really have been.  In fact, I have a contrarian streak that actually makes me less likely to start a new, good habit on January 1.  Like, I would want nothing more than to join a book group or take up a new sport and the possibility that it would look like a New Year’s resolution would probably be enough to put me off. I think that’s a character flaw.

Still, as someone who spends a lot of time in her head, the inherently reflective nature of the calendar turning over affects me no matter what I choose to do with that information. And one of the things I was reflecting on this year was a conversation that Meredith tapped into about blogging, reading and social media platforms.

I told Meredith at the time that one of the biggest barriers I have to writing in this space — this space right here — is the lack of reading.  And what her post made realize was that I wasn’t talking so much about reading time and space, but the lack of a network of other digital writing to read.  Back when this was the only real platform for sharing that now happens in a much more fragmented way, it was a rare week where I found nothing to think about in my networks.

(Or maybe it’s just because Google murdered Reader. I blame that for a lot of things).

But back then, when the writing was longer form, and my scanning happened once or twice a day on Google Reader (or del.icio.us) I made more choices about which rabbit holes I was going to go down.  And I had more information to make those choices. My To Read pile was still out of control, and I was never caught up. Let’s not pretend it was different than it was.  Still.

If there’s one thing Twitter is good for it’s pushing All the Things written by and recommended by All the Brilliant People right by my eyes and I have been feeling a kind of desperate desire to read all of those things for the last two years at least — a desperation that is really keeping me from sticking with anything long enough to do the reading I need to do.

So I think I need to slow down.  To make some choices.  To take a breath or two.  When I say blogging like it’s 2005, that’s kind of what I mean.  Be intentional about  here, don’t write here, but mostly write here without trying to keep up with the conversations an the thoughts and the torrent of ideas that is going on elsewhere.  I think sharing some of those choices here will let me feel more connected to them – and less like I should push them aside for the next thing and the next thing and the next.  Here’s what I am going to try and focus on for the next few weeks:

These are directly related to stuff I am doing and working on.

And in the less directly connected but still important category — I made a public commitment to read this on twitter, and didn’t finish.  So let’s see if I can get through the rest:  The Common Cause: Creating Race and Nation in the American Revolution.

I’ve also been thinking a lot about how much better I do with regular writing time.  I’ve never been a “write for an hour every morning at five” type of person, and  I have never successfully kept up a journal.  Honestly, I’m pretty lousy in general at writing on a schedule.  But I do better when I write regularly.  My daughter has a sticker on her laptop that says “Write until the world makes sense” and for real, that’s what I’m missing when I don’t write — the chance to make sense of things.

I’ve tried a bunch of different ways to build that in to my regular work, and honestly, I’m not too happy with any of them.  I don’t have a well-defined set of reasons why.  But some of this has to do with public/private thinking.

But the stuff in the second category – I get some learning and thinking and sense making value when I write for an audience that I don’t get when I write for myself, or when I tweet, or when I bring up the same idea in four different meetings because it’s on my brain and needs to get out.

So that’s what I’m thinking.  And that is what I am thinking of trying.  I’m not resolving to do it, though, so let’s not call it a resolution.